Constantly topping up a city’s infrastructure is smart business — China and the US lead the way in generating the most out their built-assets, while Saudi Arabia and the UAE are placed 22nd and 24th respectively.

This is based on the latest findings by the project consultancy Arcadis.

China’s value gains between 2014-16 estimated at 12 per cent and valued at a whopping $10.4 trillion (Dh38.20 trillion) from $9.3 trillion. The US was placed second — up 4 per cent from $5.2 trillion to $5.4 trillion. The US will be hoping the gap closes if as expected President-elect Trump goes ahead with a major infrastructure spending programme.

But Qatar was the country with the highest built-asset returns on a per capita basis — an average of $66,300 and ahead of the UAE.

“In absolute terms, this is less than some countries considered in the study, however, it equates to almost 50 per cent of the UAE’s total annual GDP (gross domestic product), the sixth highest percentage out of the 36 nations considered in this year’s report.

“This reflects the level of investment that the UAE continues to make in its real estate and infrastructure sectors as part of its 2021 Vision. It also suggests that the country is performing very well when it comes to securing a healthy return on this capital investment.”Among large economies, the US was the best performer in per capita terms, at an average of $16,800 per person. But there is not much to cheer for the UK, which is “becoming less reliant on its built assets as a proportion of GDP, falling from 27.2 per cent to 26.3 per cent due to low rates of both public and private investment in the creating of new assets in recent years.” This is despite the hosting of the 2012 London Olympics and the infrastructure lift it was expected to generate over the years.

Among European economies, Germany leads the way, with $1 trillion in returns from its built assets, followed by Turkey at $807 billion and France at $794 billion.

“Most European countries do not generate particularly high returns on a per capita basis compared to their stocks of assets, which are generally high,” Arcadis report added. “The region will have to improve asset productivity as ageing infrastructure is depreciating faster than rebuilding.

“By 2026, emerging markets will increase their dominance for high performing and sustainable assets. India is forecast to overtake the US as the economy increases real returns to built assets by 126 per cent — the highest growth of any country in the index.” 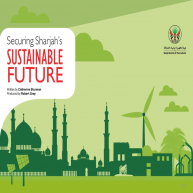 The May 2018 issues of Business Chief Middle… 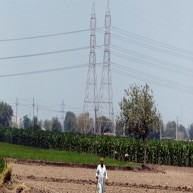 Electricity Investments Beat Oil and Gas For The… 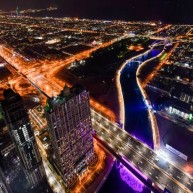 Constantly topping up a city’s infrastructure is smart…